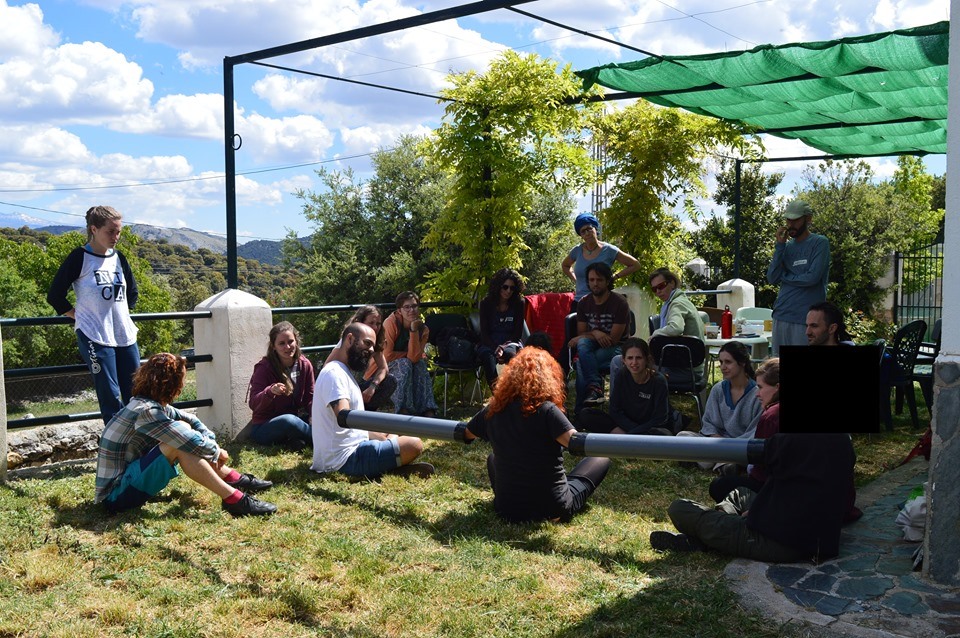 On 25th May, and organized by The Avalon Project, the second workshop of Non-Violent Direct Action (NVDA) was held in Granada in order to train local group members of Extinction Rebellion (XR).

This workshop was imparted again by Andrea(s) Speck, historical activist of the anti-nuclear and pacifist movements in Germany and United Kingdom, and member of the La Transicionera group in Seville. The workshop was attended by 19 participants from XR Granada and XR Malaga.

In addition to dealing with theoretical aspects of nonviolence and the variability of ethical estances in actions of civil disobedience, decision making in actions, the issue of fear and legal matters, the group had the opportunity to practice different methods of non-violent resistance, such as the use of locking tubes (in the photo above).

The workshop was held in the natural environment of Prado Negro, next to the Sierra de Huétor and Alfaguara Natural Park, at the headquarters of The Avalon Project, Avalon Home.