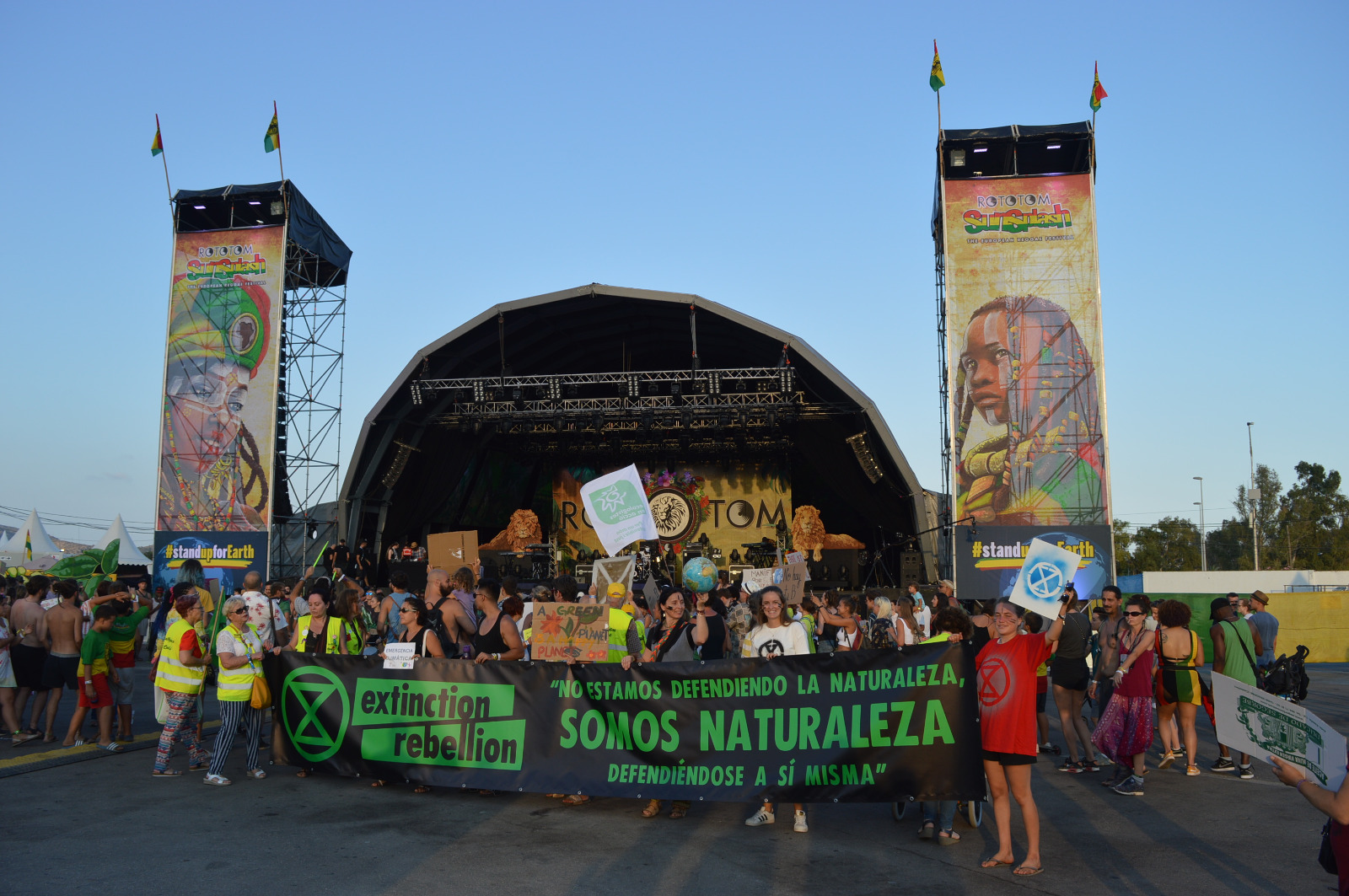 In August 2019, members of the proyect participated as Extintion Rebellion in the Rototom Sunsplash European Reggae Festival

On the 17th, the activist had a few minutes on the Main Stage of the Festival, where they made a call to participate and manifest in the second week of the International rebellion which would take place in october, as well as a general call for union for the planet and the future generations.

Aditionally, the Avalon activist, all members of the Extinction Rebellion Granada group, participated in the setting of a stand in the Festival premises, in which they were later joined by other activists of Extinction Rebellion such as XR Valencia, XR Madrid and XR La Rioja.