The Avalon Project was born in Cordova, Spain, between 2003 and 2004, although it was gestated in the area of Requena, Valencia, since 1984. The internationalisation o the Project would begin to be forged in 2014, in Scotland, opening the door to a global project.

Throughout its more than 15 years of history, the Avalon Project has been a hub of social and popular education where critical thinking has been fostered, the deficiencies of the current global civilisational system have been exposed and alternatives to those approaches have been given to know. Civil society has been trained in large sections of Andalusia, Catalonia and the Valencia region (in Spain) on issues related to peace, social justice and sustainability. In addition, we have trained our volunteers to become “educators for peace” in their local environment.

Several hundreds of lectures, talks, workshops, seminars and courses have been imparted. Concerts and international conferences have been organised in collaboration with Spanish universities. Retreats in nature have been made in which our volunteers not only have deeply connected with nature, but they have also co-existed and established much deeper relationships.

The over three hundred volunteers who have been part of the Avalon Project during these years have carried out many actions, both for social and ecological justice.

In the environmental field, thousands of trees have been planted in deforested areas, garbage cleanups have been carried out in natural environments and campaigns have been organised in defence of protected species and areas of special ecological interest.

In the social domain, we have collaborated with global campaigns such as Zero Poverty, and against the Iraq War and the Chinese repression of Tibet in 2008. We have mediated in open inter-religious conflicts and we have fostered dialogue between cultures and religions.

To highlight the great sign of peace with torches made with the collaboration of thousands of people in Seville, during the years 2010, 2011 and 2012, in celebration of the International Day of Peace (you can see a video about it in News and Media). We should also highlight the participation of our volunteers in the already historic protests of 15M – Indignados Movement (#SpanishRevolution) in 2011, organising these protests in Granada and Requena (Valencia), and being part of one of the commissions in the Valencia Camp. These protests in Spain would be the inspiration for the later Occupy Movement worldwide. 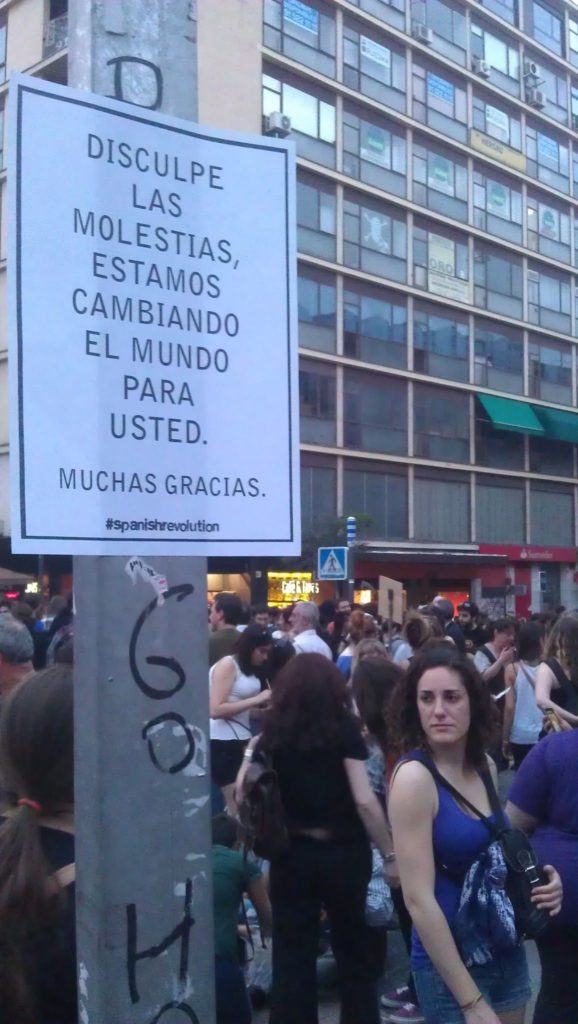